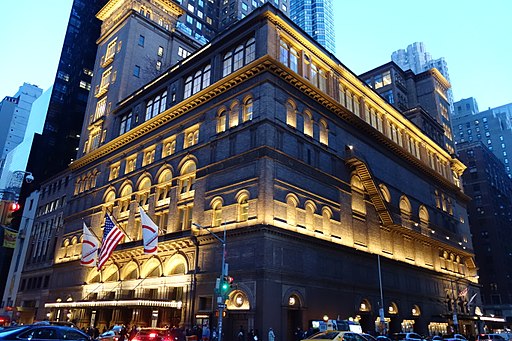 Carnegie Hall is one of the most famous concert halls in the world.  Many legendary musicians have played here and it’s a great place for music lovers to enjoy a concert.

There are several ways to save money on Carnegie Hall tickets.

Obstructed View Seats: You can purchase tickets for seats for restricted views or restricted legroom for 50% off the regular ticket price.

Student Discounts – Student tickets are available for just $10 for many concerts at Carnegie Hall. A valid student ID is required. If you purchase a Carnegie Hall Student Insider Pass ($15), you can purchase $10 tickets online or over the phone. See a list of upcoming shows with $10 student tickets available.

Goldstar Discounts – Goldstar is a national provider of discounted entertainment and event tickets. They often have discounted tickets available for Carnegie Hall concerts.

Carnegie Hall is located at 881 Seventh Avenue, between West 56th and 57th Streets.