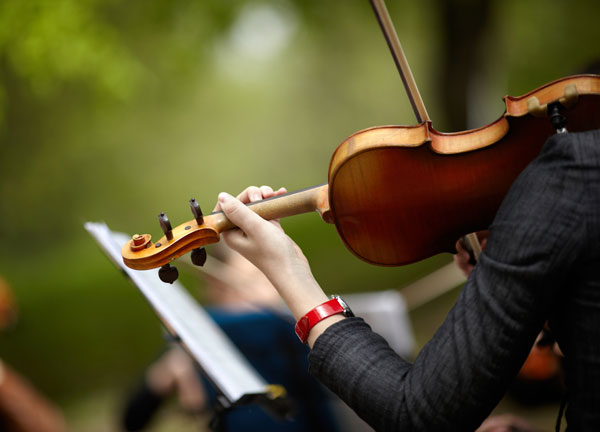 The New York Philharmonic has been performing free summer concerts in Central Park since 1965.

You”ll get to enjoy an evening of classical music performed by one of the world’s finest orchestras, plus a fireworks show after the concert.

The date for the 2017 concert in Central Park is Wednesday, June 14th. The concert is held on the Great Lawn and the performance begins at 8:00 p.m.. Entrances are at East 79th or 85th Street on the eastside and West 81st or 86th Street on the westside.

This event gets crowded (very crowded, like 50,000 – 70,000 people), so come early to get a good spot. The Great Lawn is open all day. Bring a blanket to sit on (no lawn chairs). Picnics are encouraged, but no alcohol is allowed in the park.

The Central Park Conservancy has a web page dedicated to the concerts in the park, with tips on getting there, what to bring, and how to get around.

Visit the Philharmonic’s Concerts in the Parks website for details about these performances.

History of the Concerts in the Park

The New York Philharmonic has made a nice video about the history of the concerts in the park.