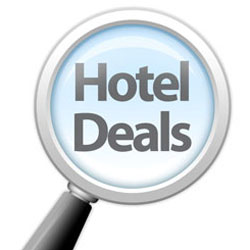 Here are some of the best deals on Manhattan hotels for the month of November. Special holiday season decorations, events, and activities start in November, so really cheap deals may be hard to come by. Prices are subject to change (NYC hotel rates change all the time, so check rates for various dates).

Four Points by Sheraton New York Downtown – From $239 a night