Free Films on Pier i at 7th Street 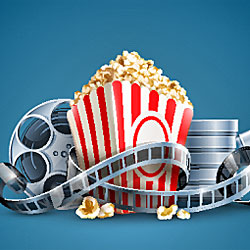 Enjoy free outdoor movies at the Pier 1 Picture Show summertime movies series presented by the the Riverside Park Conservancy, on Pier i at 79th Street and the Hudson River.

The Pier I Picture Show Film Series takes place on Wednesdays in July and August.

Seating is limited, unreserved, and available on a first-come first-served basis beginning 1- 2 hours before the event. If there is heavy rain at the time of the event, the event will be cancelled. No rain dates are scheduled. If attendance reaches maximum capacity, management reserves the right to close participation.

The movies are held on Pier i. on the Hudson River at 70th Street.