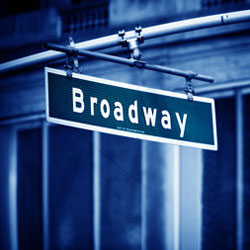 A limited number of $40 box seat tickets to Meteor Shower will be available on a first-come-first-served basis at the Booth Theatre box office on the day of performance. The tickets must be purchased in person at the box office. There is a two ticket purchase limit per person per performance.

Theater box office hours are Mondays–Saturdays between 10 AM and 8 PM and Sundays, beginning December 3, from noon until 6 PM.

Hotels near the Booth Theatre.