Knowledgeable tour guides lead a 90 minute tour of the neighborhood that includes the Terminal and other neighborhood buildings. The focus is on history and architecture. 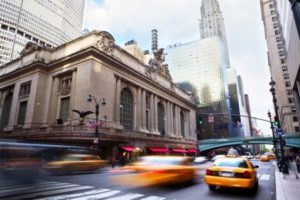 Landmarks included on the tour include Grand Central Terminal, the Chrysler Building, the News Building, and more. See reviews of the tour at TripAdvisor.

The tours take place every Friday, starting at 12:20pm. The tours are free and open to the public. No tickets or reservations are required. Meet in the atrium of 120 Park Avenue, directly across from Grand Central Terminal, at the southwest corner of East 42nd Street and Park Avenue. See tour information at the Grand Central Partnership website.

The Grand Central Partnership’s walking tour does not include an interior tour of Grand Central Terminal. You can take a look around Grand Central on your own or with one of the tour options below. 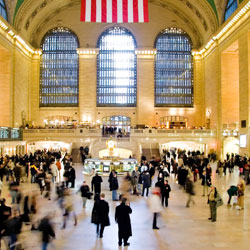