The Nutcracker in New York City 2016 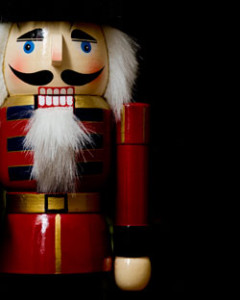 There are several different performances of The Nutcracker Ballet to choose from this  2016 holiday season.  Details on each are listed below.  Additional performances and discount information will be added as it becomes available.

Gelsey Kirkland Ballet The Nutcracker. A traditional version of the ballet put on by a former ballerina with the New York City Ballet. At the GK Arts Center in Brooklyn (DUMBO).  December 8 – 11 & 15 – 18, 2016.

The Yorkville Nutcracker. Dances Patrelle’s version of The Nutcracker is set in 1895 New York City, with scenes in Gracie Mansion and Central Park.  December 8 – 11, 2016 at the Kaye Playhouse at Hunter College, 695 Park Avenue (Park Avenue between E 68th and E 69th Streets).

Keith Michael’s The Nutcracker. A one hour version of The Nutcracker, in Art Nouveau style circa 1907 and performed the Tchaikovsky’s classic score. At Florence Gould Hall, 55 E 59th Street, between Park and Madison Avenues. December 10 & 11, 2016.

Mark Morris Dance Group presents The Hard Nut.  A retro-modern re-imagining of The Nutcracker set in the 1970s and based on the original The Nutcracker and the Mouse King by E.T.A Hoffmann and the comic book art of Charles Burns, using the original full score by Tchaikovsky. December 10, 11 & 14 – 18, 2016. At BAM (Brooklyn Academy of Music) Howard Gilman Opera House (30 Lafayette Ave, Brooklyn, NY).