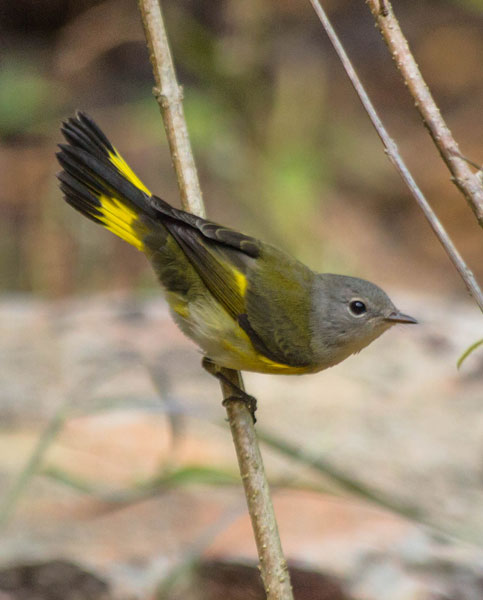 Bryant Park’s spring tours are in April and May and fall tours take place in September and October. See the Bird Tours section of the Bryant park website for a Birding Tours Schedule.

The birding tours are free and open to the public.

Bryant Park might not be the first of New York City’s parks you would think of for bird watching. Central Park is the better known spot for New York City birding. Central Park’s enormous size and variety of landscape does provide some of the best habitat for birds in the city. All that space can be a little intimidating, though. It’s hard to know where to start to look. Although Bryant Park isn’t likely to attract the variety of birds found at the larger park, the compact size makes spotting what is there more manageable.

Even with its smaller size, Bryant Park does get a nice variety of birds during the migration seasons. According to NYC Audubon’s web page about Bryant Park, 121 different species of birds have been spotted in the Bryant Park, including 32 species of warblers (tiny and often colorful woodland birds most frequently seen during migrations). That’s pretty impressive for such a small patch of land in the middle of the city.