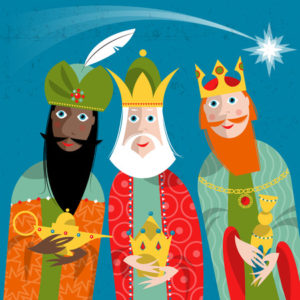 Three Kings Day marks the end of the twelve days of Christmas and commemorates the story of the Three Wise Kings who followed the Star of Bethlehem to bring gifts to the infant Jesus. Three Kings Day is a religious holiday in Spanish-speaking countries such as Spain, Puerto Rico, Cuba, the Dominican Republic, and Mexico.  El Museo del Barrio’s celebrates the tradition of Three Kings Day with this annual event.

The parade starts at 11:00 a.m. and winds through the streets of East Harlem, beginning at 106th Street and Lexington Avenue and ending at 115th Street and Park Avenue.

Following the parade there’s La Marqueta with traditional Puerto Rican music and food, and there’s music at the El Museo del Barrio, where Las Galerias are open free of charge from 1:00 p.m. to 2:00 p.m.