For TV and Movie Fans – 10% Discount on "On Location" Tours 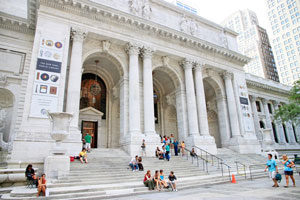 New York City has been the setting for many, many movies and television shows. You really can’t help but be reminded of all the times you’ve seen locations on screen as you walk the streets of the city.  In fact, looking for iconic locations that have been featured on big screen (and the small screen) is a fun way to organize your exploration of the New York.

On Location Tours offers a series of bus tours and walking tours that feature movie and television filming locations. Their New York TV & Movie Sites Tour takes you by bus to over 40 locations featured on film. Other bus tours include the Uptown TV & Movies Sites Tour, TCM Classic Film Tour, Gossip Girl Sites Tour, Sopranos Sites Tour, and the Sex and the City Hotspots Tour.  Or you can stretch your legs and see the many Central Park locations used in movies and television shows with the Central Park TV & Movie Site Tour.  On Location Tours also operates the TMZ Tour NYC, which bills itself as a one-of-a-kind “show on wheels.” 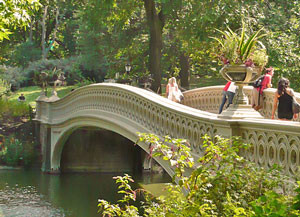 Read traveler reviews of On Location Tours at TripAdvisor.  They get good reviews and received TripAdvisor’s Certificate of Excellence in 2013.