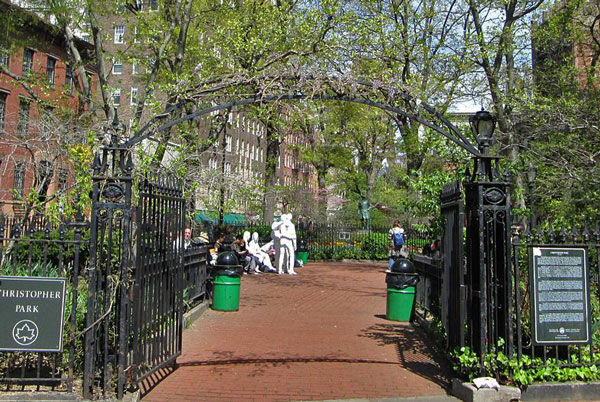 Stonewall National Monument marks the West Village location of the Stonewall riots of June 28, 1969, which were considered the beginning of the modern LGBT rights movement in the U.S.

The monument includes Christopher Park and the block along Christopher Street bordering the park, including the Stonewall Inn. The area received National Monument designation on June 24, 2016.

In 1969, New York City police raided the Stonewall Inn, an establishment frequented by members of the LGBT community. The patrons and surrounding neighbors fought back against the the raid, which was seen as part of a pattern of police harassment of LGBT establishments. Following the initial conflict with the police, demonstrations continued for days in Christopher Park. The events received inspired participation in the LGBT civil rights movement nationwide.